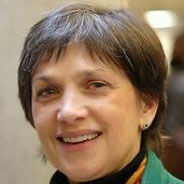 Welcome to the San Francisco State University, School of Nursing website! We hope that you will find our website to be both informative and inspiring. The School of Nursing has over 50 years of experience in nursing education and we offers a wide range of nursing programs. We have programs that will assist the student become a professional nurse with a BSN and programs that will assist experienced nurses continue with specialized advanced practice. Over our many years, we have assisted many nursing students in their education and we currently have over 500 students advancing through our six programs.

Our faculty includes skilled clinicians and advanced practice nurses as well as outstanding scholars and educators. Faculty have designed rigorous curricula at both the undergraduate and graduate levels with innovative classroom, clinical, simulated and community experiences to prepare our students to promote the health and aleve the suffering of our global community in the 21st century.

Where ever there are people, there is a need for nurses. SF State School of Nursing is dedicated to prepare nurses who will continue to shape health care and promotion in this evolving environment. As health care needs and health delivery system change, so has the school of nursing’s curricula in order to prepare the nurse of the future. These will be the nurses who can face and solve the health care issues of tomorrow, whether that be in the care of the one or of the many.

Again welcome to our website and we hope you find what you seek. Please explore our vision, mission and our philosophy as it is these are the words that mold our curricula.

History of School of Nursing 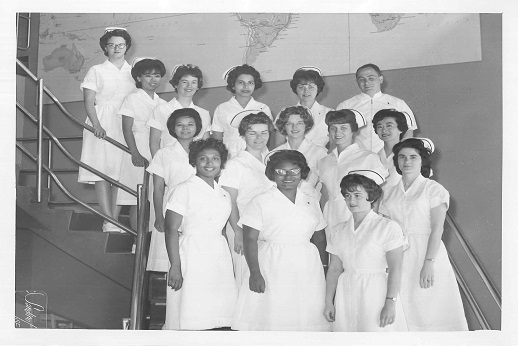 San Francisco State University Nursing Program began as a School Nurse Program in 1955. The Department of Nursing was placed in the Division of Education (now known as the College of Education) because of the emphasis on school nursing. The school nurse emphasis was discontinued in the mid-1960s due to the need for a basic baccalaureate program that prepared nurses for all practice settings. Funded by a curriculum development grant from the U.S. Department of Health, Education, and Welfare, the baccalaureate program underwent a major curriculum revision during the years 1975-1978. The Department of Nursing remained until 1994 when a reorganization of the University resulted in the creation of the College of Health and Human Services and with it, the creation of the School of Nursing.

Today, the School of Nursing is one of eighteen schools, programs and departments within the College of Health and Human Services at SF State. The Department of Nursing was initially housed in the Education building, or Frederick Burk Hall as it is called today. In 1970, the Department of Nursing moved to Mary Ward Hall until 1972, when the Department was moved to the Science building. Now known as the School of Nursing, the School moved once more to its final home in Burk Hall building in 1996. School of Nursing and its faculty transformed a single focus bachelor’s degree program (school nursing) into a state-of-the-art curriculum that prepares nurses for practice in the 21st century. The equally innovative graduate program prepares nurses who manage health care systems, provide nursing education, and deliver advanced practice nursing services (as nurse practitioners or clinical nurse specialists).

School of Nursing is a leader in developing new and creative programs that are responsive to the healthcare needs of the people of California and the nation. The School is acutely aware of its vital role in preparing culturally competent nurses and embraces diversity and demonstrates this commitment through its multi-cultural, multi-ethnic student and faculty population.

In the spring of 1979, the Department of Nursing conducted a comprehensive feasibility study in order to establish the need and availability of resources for the development of the Master of Science in Nursing Degree. The study revealed a strong community need for a Master’s Degree program designed for the working nurse to prepare leaders for health care agencies in the areas of Nursing Management/Administration and Teaching/Inservice Education. The first class of students was admitted in January, 1984. In 1986, expansion of the MSN program from 30 to 36 units to accommodate changing curriculum needs was approved. In 1988, two new entry tracks were added to the MSN program: (1) for RNs with a BA/BS in a field other than nursing, and (2) the first generic master’s in nursing program west of the Mississippi. In the generic master’s program, non-nurse college graduates complete the undergraduate nursing courses and the master’s curriculum in three years. An emphasis in Case Management/ Long Term Care was added in 1991 and a Family Nurse Practitioner emphasis was added in 1994 and an emphasis in Entrepreneurial Leadership in 1996. The School of Nursing offers a certificate as a Family Nurse Practitioner for nurses with a master’s or doctoral degree in nursing and one in Entrepreneurial Leadership. The master’s program was initially accredited by the National League for Nursing in 1988, then by the National League for Nursing Accrediting Commission until 2003, and by the Collegiate Commission on Nursing Education since 2003. Today there are four emphases for study: Entrepreneurial Leadership, Clinical Care Management, Public Health and Community Nursing, and Family Nurse Practitioner.

The faculty and students of the Nursing program established a Nursing Honor Society in 1986. Through the collaborative efforts of the faculty, students, and community members, it was chartered as the Nu Psi chapter of Sigma Theta Tau (the International Honor Society of Nursing), in April, 1994. The society began with approximately 150 charter members. Alpha Eta, located at University of California School of Nursing mentored the SF State Honor Society and was instrumental in the founding of the chapter.

The San Francisco State University School of Nursing aims to motivate and educate undergraduate and graduate nursing students to meet the healthcare needs of individuals, families, and communities. Faculty has a passion for teaching using a rich variety of educational methods. We embrace the diversity of our student population, and are committed to educating nurses who serve diverse populations with a focus on social and environmental justice, and health equality. Furthermore, we incorporate evidence-based nursing knowledge, ethical decision-making, and sound clinical judgment into our educational paradigm. Using various educational modalities that include state of the art information technologies, students learn how to provide safe, quality patient-centered care. Our students are prepared to adapt to changing healthcare needs and environments and to serve society through civic engagement and lifelong learning.

We foster student growth and development embracing their richly diverse cultural and ethnic backgrounds, recognizing the individual differences in learning styles and goals, and adapting support systems to help students fulfill their educational goals. Building on a foundation of knowledge from nursing and other disciplines such as psychology, sociology, philosophy and anthropology, graduates of this program will collaborate with other healthcare disciplines (i.e. medicine, physical therapy, psychology, social work, and others) to provide compassionate and ethical care along the health-illness continuum throughout the lifespan. These educational endeavors affect the healthcare environment and positively influence health outcomes of individuals, families, communities and populations. We are committed to professional development of faculty, staff and students using our conceptual model, which guides our academic activities. We provide excellent nursing education and academic activities emphasizing patient-center care, patient safety, teamwork and collaboration, evidence-based practice, quality improvement, informatics, leadership and lifelong learning for the students as well as faculty and staff. The following objectives are based on this philosophy:

The conceptual framework that provides the academic foundation for the nursing curriculum at the SF State School of Nursing is based on the Quality and Safety Education for Nurses (QSEN) competencies. These concepts encompass patient-centered care, teamwork and collaboration, evidence-based practice, quality improvement, safety and informatics. This conceptual framework is based on the acquisition of knowledge, skills and attitudes (KSAs) required to ensure quality care and the safety of clients and families in local and global communities in a variety of healthcare systems.

The undergraduate program has been approved by the Board of Registered Nursing (BRN) since 1956 and was accredited by the National League for Nursing/National League for Nursing Accrediting Commission from 1961 to 2003. In addition, the Baccalaureate degree in Nursing, Master's degree in Nursing and the Family Nurse Practitioner degree at SF State, School of Nursing are accredited by the Commission on Collegiate Nursing Education since 2003.  The School of Nursing is a member of the American Association of Colleges of Nursing (AACN) and the California Colleges of Nursing (CACN).

All students, regardless of chosen emphasis, will complete community health practicums in the pre-licensure phase of the program. In accord with the SF State mission, the School of Nursing is dedicated to the practice of social justice. As a result, we have an unwavering commitment to reducing health disparities in our local communities. To fulfill that commitment, most of our community health practicums are located in underserved San Francisco neighborhoods. While work in these communities may be challenging, we believe that the experience prepares our students to become productive, ethical and active citizens.

Although we all have many beliefs and opinions about nursing, nurses share a common definition and adhere to the same professional guidelines. Each U.S. state has a practice act that defines and governs the practice of nursing. The intent of this legislation and the related regulations is to assure the safety of the public. These laws and regulations set the minimum standards deemed necessary to protect the public. In addition, as with other professions, nursing organizations set standards and provide ethical guidelines for the practice of nursing. Although there are many sets of standards and practice guidelines that you will learn about in your program, we have provided you with sections of the nurse practice act for California and the Code of Ethics for nurses as these are fundamental to all that you will do in the profession.